Visual artists Chris Kore & Entangled Others (who created an AI based work for the Zero Emissions by 2099 show) together with Mary Ponomareva (designer & curator) will explore the potential of AI art for envisioning the future beyond the utopia/ dystopia binary. And examine role of technology in shaping the future. 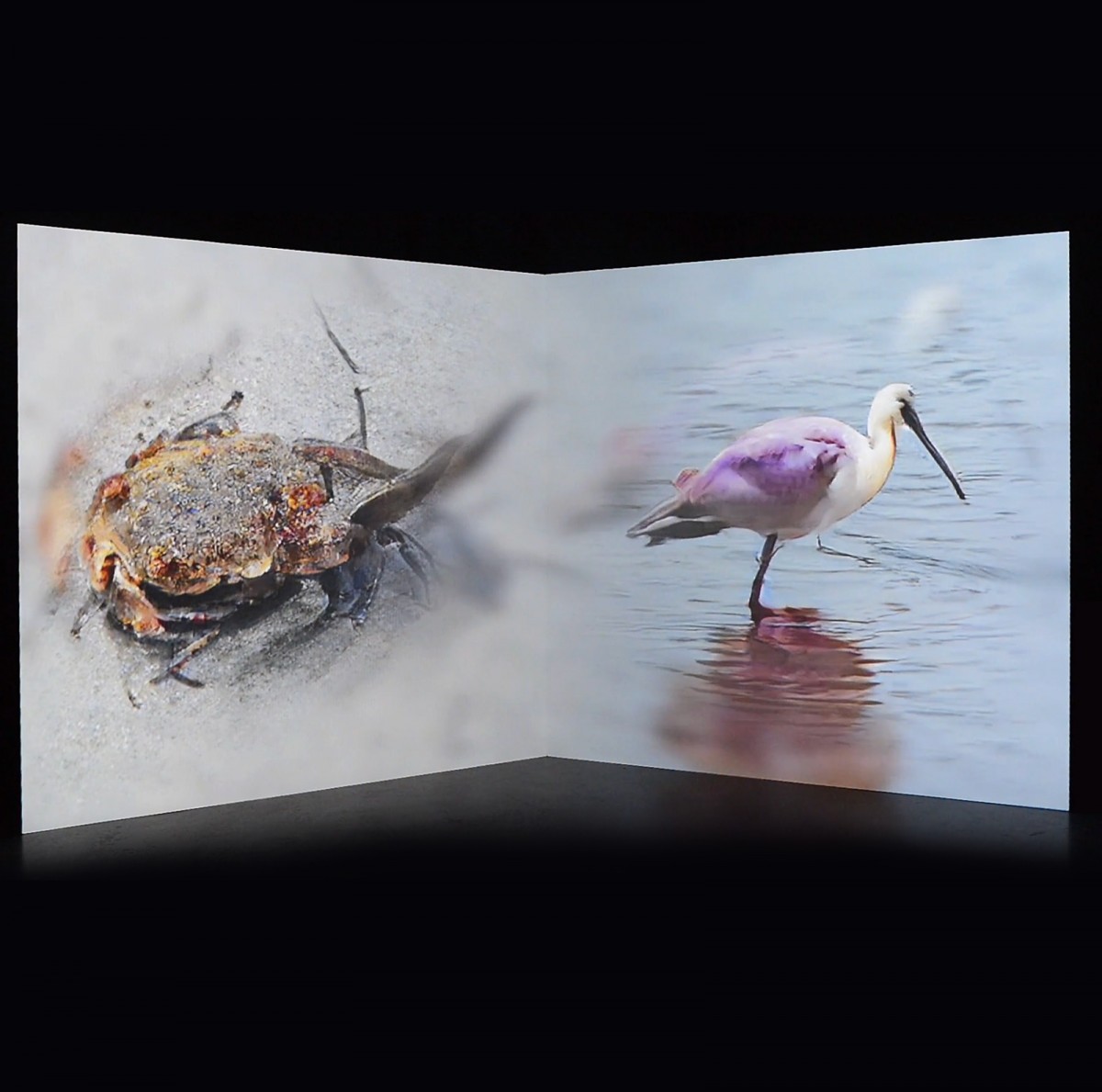 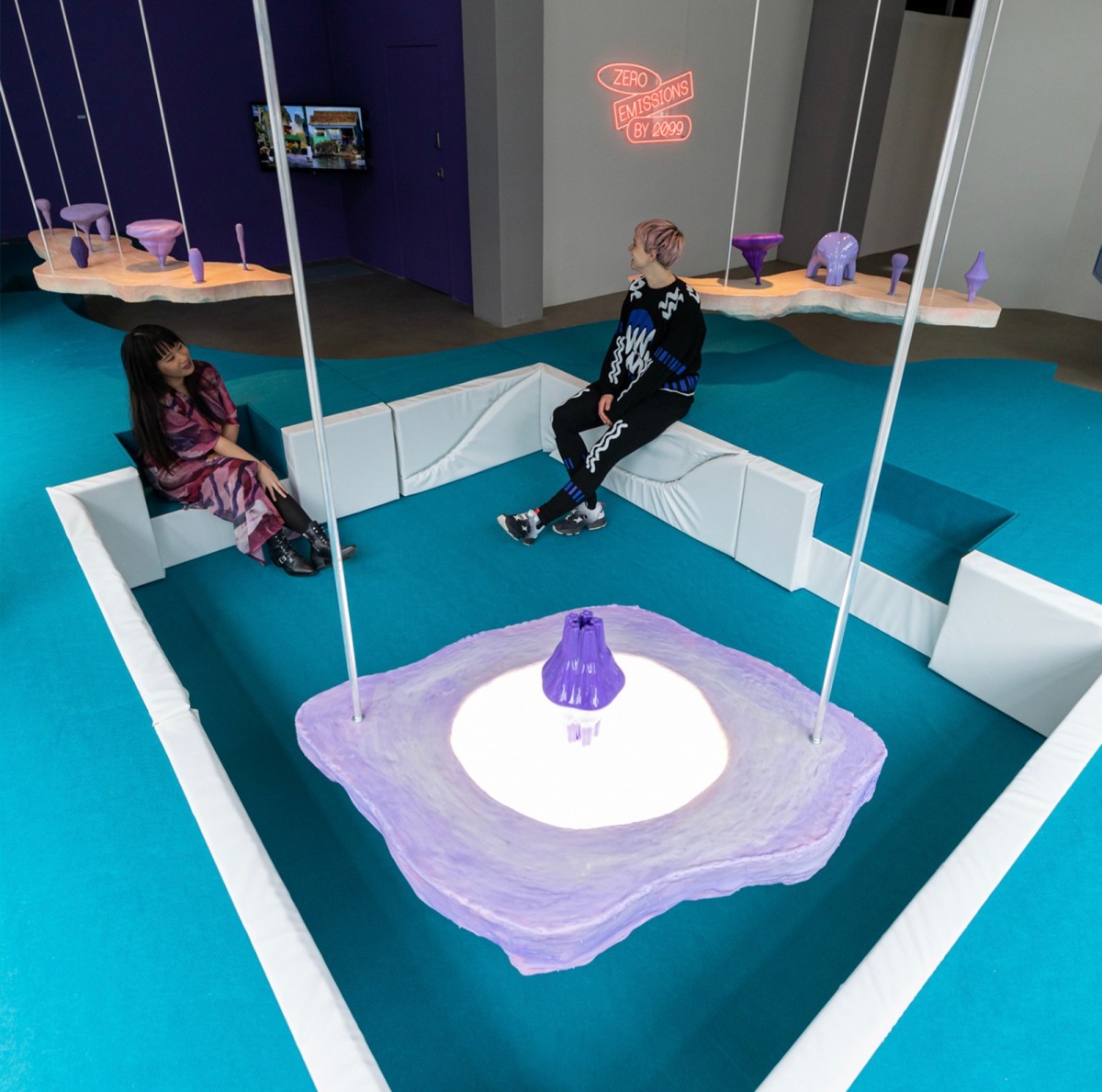 Using algorithms to envision alternative realities can potentially be one of the tools to subvert the crisis of imagination. Artist as the curator of databases and feedback loops can prototype new futures and broaden perspectives beyond the yet known or experienced. Algorithmic World-building has immense potential, yet it is also a collective responsibility.

Zero Emissions by 2099 is an immersive exhibition examining the seemingly unavoidable role of technology and ideology in shaping the future. It contains radical future propositions in the form of installations, video works and AI generated art.
Together with the artists Chris Kore & Entangled Others who created the AI based work for the show we will explore the potential of AI art for envisioning the future beyond the utopia/ dystopia binary. You will see two artist talk about their process of creation and sneek peek into their practice. The event will explore questions such as: Can we dream up new ecosystems with the help of generative art? Can doing so help us understand the concept of existing always in relationship to others? And can human memory become hybrid with AI: become augmented, influenced, and modified by AI? And what would being a human mean?

Beneath the Neural Waves explores biodiversity through an attempt at creating (digitally) an aquatic ecosystem as a means of attempting to engage with the very abstract concept of relationship. These dioramas of artificial life, together with the various sculptural fragments, imagery, and text, reach out towards the complex entanglement of natural life, both with itself and others.
The AImnesia project focuses on the concept of human hybrid memory, which can be augmented, influenced, and modified by AI. Echoes of this seemingly fantastic and futuristic concept can already be found in the way in which social media algorithms learn our online behavior, process data, and recommend relevant content; in new cameras with built-in AI; and advancements in brain-computer interfaces. Today, artificial neural networks play an unseen but crucial role in our digital ecosystem by defining and recommending what should be seen, listened to, and read. We are beginning to explore a new, technological aspect of our nature by using machine learning algorithms to overcome the boundaries to our understanding of what human consciousness is. Through the experience of absurd video installation about a hybrid memory creation made by using different ML algorithms, Chris Kore intends to prompt a discussion of evolving algorithms that can be trained on our online photos and can fill in memory gaps by creating fake memories that are plausible enough to be perceived as real.

And by the end of the session we will strategise potential futures scenario in a short speculative interactive workshop.

This event is made in collaboration with MAMA. 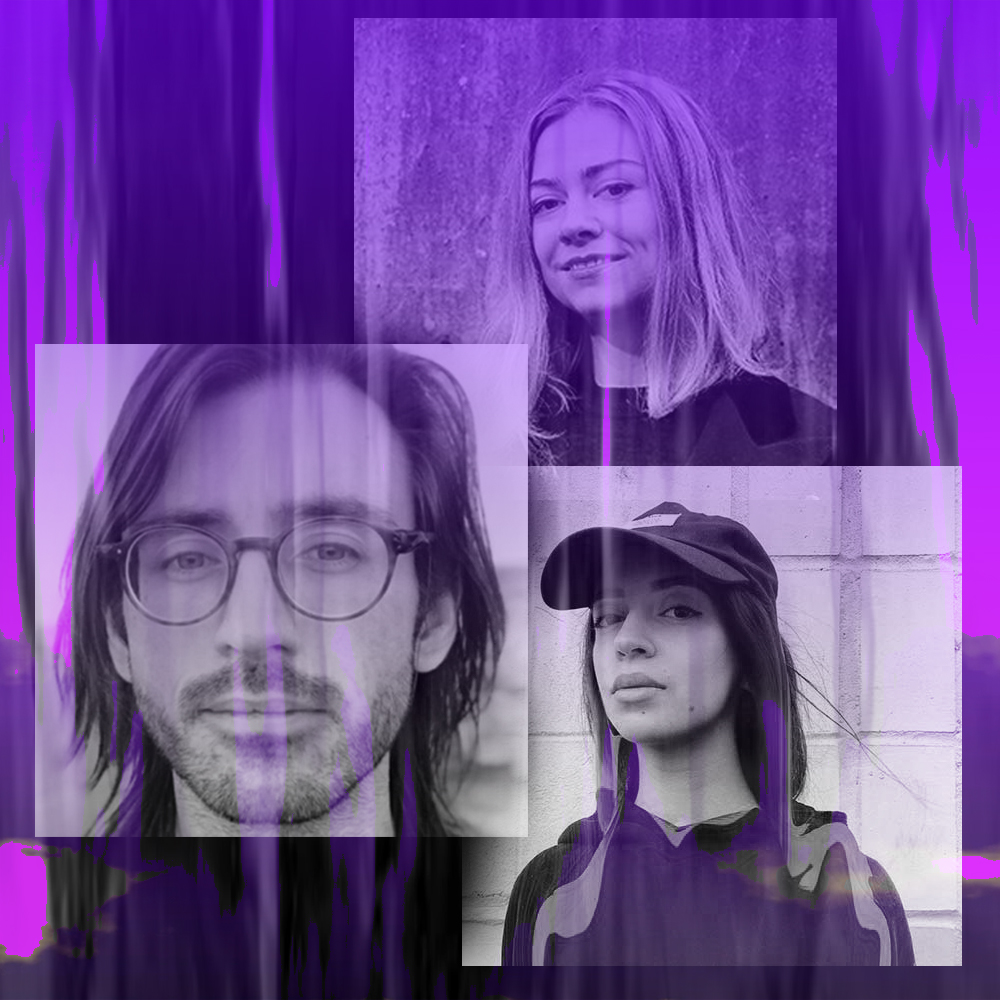 Chris Kore is a digital dreamer, multidisciplinary artist, and designer interested in the exploration of an ever-changing mediated reality and its influence on human perception. Her works touch the philosophical and psychological sides of our technological nature, question the expanding development of AI, mixed realities and digital traces.

Entangled Others is the shared studio practice of artists Feileacan McCormick & Sofia Crespo. Their work focuses upon ecology, nature & generative arts, with a focus on giving the more-than-human new forms of presence & life in digital space. Exploring questions of relationship, biodiversity, and awareness through biology-inspired technologies. In turn, highlighting how through conscious efforts new technology can be used to bring attention and awareness to the unseen that we are tightly interwoven with.

Mary Ponomareva is a visual artist, multidisciplinary designer and researcher based in Amsterdam. In her works, she uses graphic design, virtual reality, CGI and 3D modeling as a tool to envision and question possible futures. She speculates and envisions grotesque realities in order to reflect on future societal and ethical implications of currently emerging technologies.