The Uroboros – Designing in Troubling Times is a hybrid festival and community network performing experimental inquiry into the transformative potential of design research and practice. Our collective inquiry and activities are inspired by the ambiguous symbol of Uroboros – a serpent devouring itself and changing its form in an eternal cycle of re-creation, using its own body as fuel. The circular and cyclical Uroboros captures the ambiguity of present technologies and designs for the troubling and troubled times that we are living in. Asking what design can do to support positive change, we explore the cyclical processes of design imagination, innovation, failure and return.

The Uroboros project was initiated in late 2019 by an independent group of designers, design researchers and curators based in Prague [CZ] and officially released in May 2020 along with the inaugural Uroboros festival. The first festival edition was organised as a hybrid online/offline event and brought together over 600 designers, artists, researchers, and creative practitioners from around the world. Inspired by this interest in the festival theme, we decided to extend Uroboros from a one-off festival into a long-term project, to nurture a continuity of initiated discussions and collaborations. Uroboros was thus re-imagined as an annual festival series accompanied by various collateral events, including the Uroboros Bites.

The long-term Uroboros program aims to foster a globally distributed network of designers, researchers and other creative practitioners interested in collective explorations of what design does and can do in the world today. The looping Uroboros circle is always open to new experimental inputs and provocations. The best way to join is the Uroboros 2021 festival that happens on 5th-18th May 2021. Festival events are accessible either for free or for a small fee. Most of the events are live-streamed, archived, and made available for later viewing. 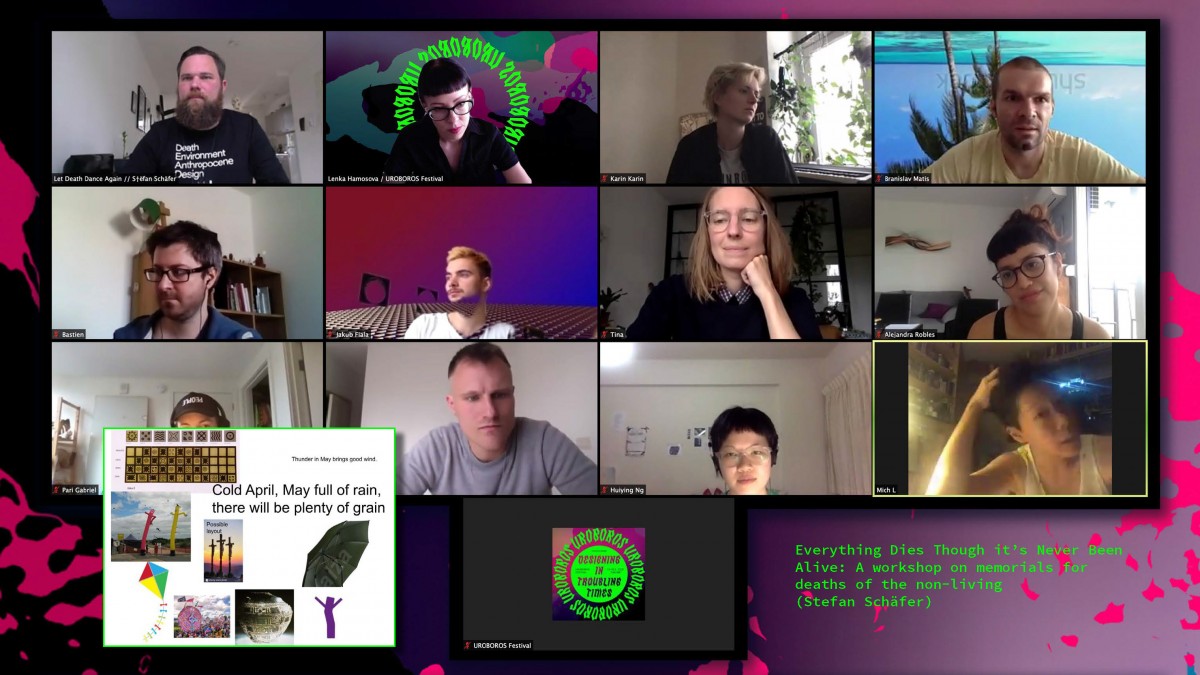 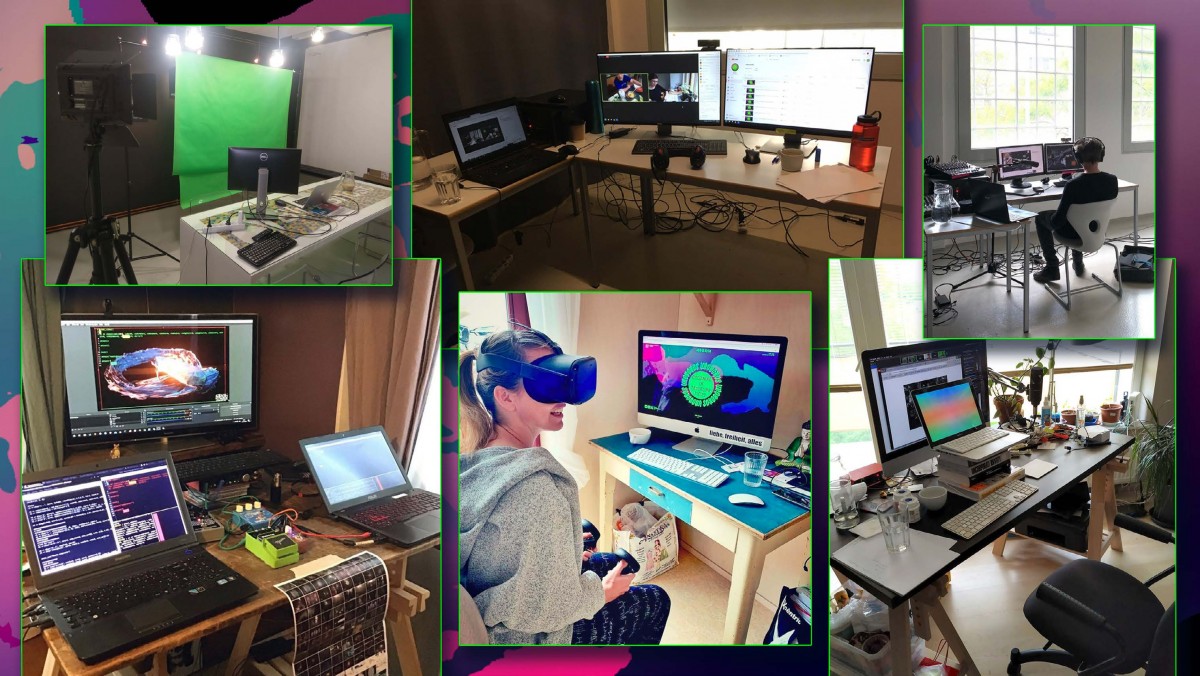 The Uroboros project is supported by the DOX Center for Contemporary Art in Prague and is situated within the #DATAMAZE curatorial program.

Markéta Dolejšová – a design researcher working across the inter-related domains of social and ecological resilience and food system transitions. Her experimental design work uses food as a research object, a culturally diverse and sensory-rich design material, and a starting point for critical thinking. She is currently a postdoctoral research fellow at Aalto University – School of Arts, Design and Architecture (FI), researching the transformative potential of creative art and design practice (CreaTures project). She has co-founded several food and design research collectives, including Feeding Food Futures, HotKarot & OpenSauce and Fermentation GutHub.

Lenka Hámošová – a designer, researcher and visual artist living and working in Prague. She is currently researching synthetic media (media generated by AI) and their use in audiovisual production within the doctoral study at FAMU, Academy of Performing Arts in Prague. She is the initiator of the educational project Collective Vision of Synthetic Reality, which spreads awareness of available AI models and opens a discussion on the future use of artificial intelligence through interdisciplinary workshops. Lenka is an alumna of Sandberg Institute / Masters Rietveld Academie in Amsterdam and Academy of Fine Arts in Bratislava. She writes for eDesignum (Slovak Design Centre magazine) and Critical Daily (an online zine about critical practice in graphic design) and teaches at MA Future Design, Prague College.

Michal Kučerák – a curator and lecturer working for DOX Centre for Contemporary Art and TBA21–Academy; PhD student at Faculty of Fine Arts at Brno University of Technology. He is a project leader of the #DATAMAZE; a concept of an extended exhibition that started in 2018 and is focused on digital and data literacy in the context of contemporary digital art. He co-founded the Uroboros: Designing in Troubling Times design-art festival and network as part of public program for #DATAMAZE project. In his practice, he focuses on art mediation and critical art & design practice as a medium for educational projects. In his doctoral research he focuses on blockchain technology in the context of contemporary art practice. He is a member of COI – Class of Interpretation project which is organized by the Academy of Fine Arts in Prague and TBA21.

Enrique Encinas – is a design researcher looking at the patterns and textures formed by peoples and technologies with a critical eye and an interdisciplinary focus. He uses practice-based design approaches to examine the contested boundaries that define what is actual, what is preferable and what is possible in the realm of technological development and use. His current work produces objects, methods and tools to deploy speculative designs in educational settings (speculativeedu), rethink socio-material assemblages of energy production and consumption (CCCB) and question the role of algorithmic wizardry when developing Blockchain and AI Tech (Blockchain4EU). He trained as a telecommunication and semiconductor tech engineer before obtaining his PhD in interaction design. He is currently assistant professor at Aalborg University where he teaches people centred design research methods, visual communication and interaction design.

Denisa Reshef Kera – a philosopher and designer experimenting with creative strategies of public engagement in emerging science and technology issues. She worked on RegTech and algorithmic governance projects implementing ethical and regulatory guidelines into the blockchain and IoT infrastructures as a fellow of BISITE, University of Salamanca, and Weizenbaum Internet Institute in Berlin (https://github.com/anonette, http://anonette.net/). She has a global experience of researching open and citizen science projects (National University of Singapore, Arizona State University, Charles University) described as forms of “grassroots R&D culture”, “geek diplomacy” and “science artisanship”. In 2021 she joined Tel Aviv University with a project on web monetization and blockchain technologies for content creation.