Uroboros Bites is a series of online art and design experiments combined with a physical exhibition in the DOX centre that extends the annual festival into a year-long event. The series invites designers, artists and other creative practitioners to critically engage with the Uroboros theme Designing in Troubling Times. 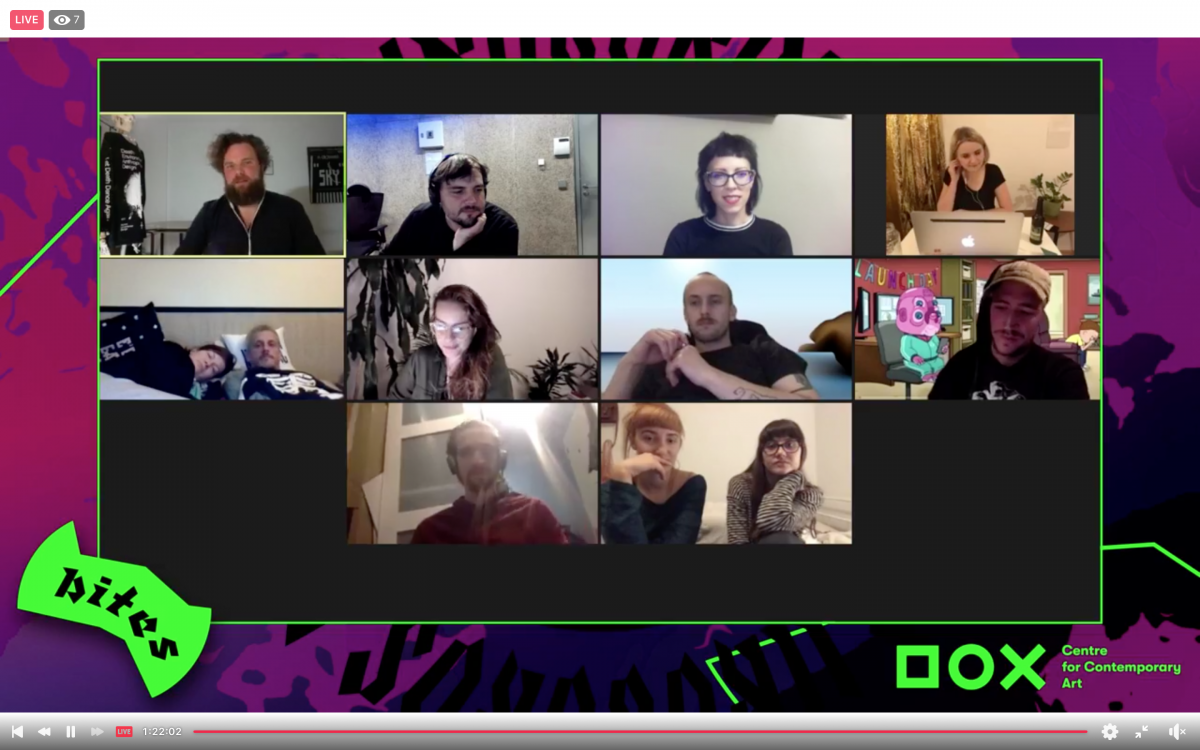 The first online Uroboros Bite took place on October 15th, 2020, 7pm CEST. The accompanying installations in DOX have been on display since Sep 30th. The event was free of charge.

More info about the invited authors & their projectsss:

Todesfilmlein 1-5. The Phone. The Couch. The Aircraft. The Mountain. The Glacier.

In this contemporary version of the medieval allegory of the Dance of Death, death achieves a new omnipresence, which exceeds the realm of the living. Things are declared dead, though they have never been alive. Somebody has a stronger emotional bond with something close-by than with something far away. A phone is in close distance to many, while a glacier is in long distance to the most. Both are usually not seen as alive, but have been declared dead in recent past*. The consequences are on a small scale related to personal loss and on bigger scale to environmental ruination.

Death has to get used to new conceptions of itself, has to learn new patterns, new looks, representations, and might here and there be confused. But for sure, death will keep on dancing.

*For example: The phrase my phone just died is widely used when it ran out of battery, fell of stopped functioning otherwise. And in summer 2019 Iceland held a funeral for their lost glacier Ok(jökull) [Ok(glacier)] which had been declared dead in 2014 by glaciologists. 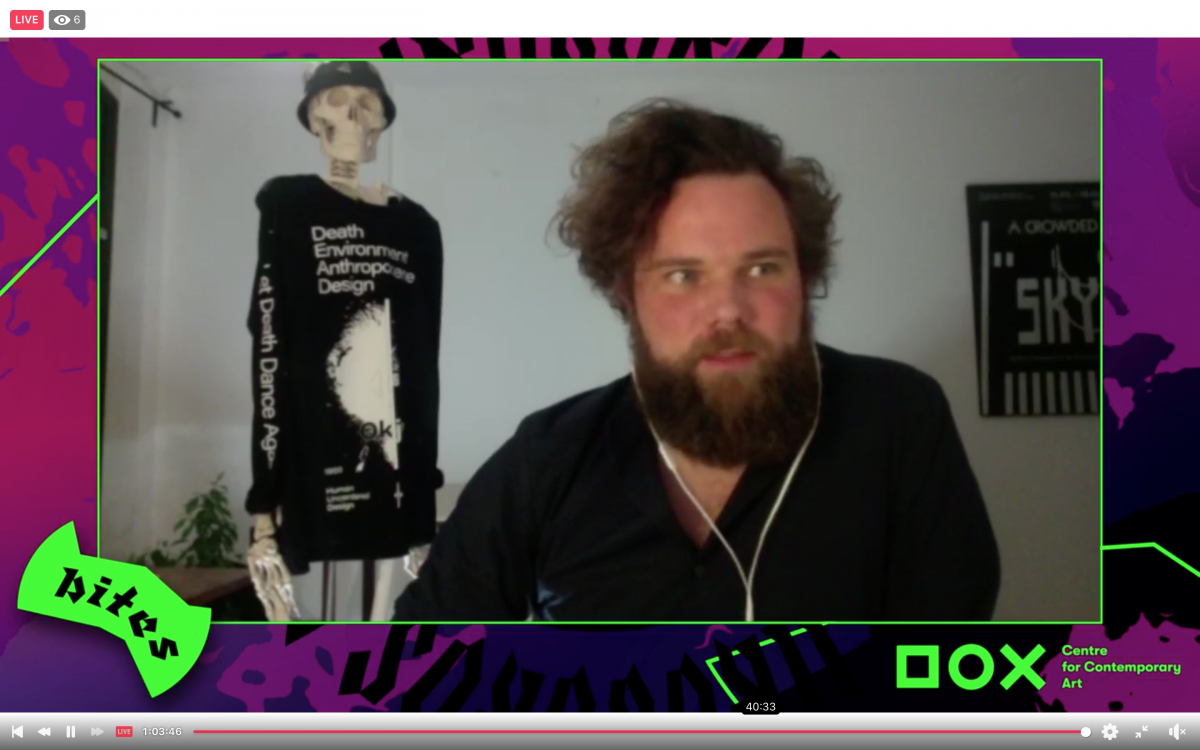 What would it be like to work and live in the middle of a growing urban heat island in 2026?

Explore how Prague might adapt to a changing urban climate through an installation and a story told across 6 browser tabs.
#UrbanHeatIslandLiving #Prague2026

Is a hot day equally hot for everyone in Prague? Not quite. A temperature of 37°C can feel like 46°C if you are trapped in the heat of the streets, buildings, and air humidity in the center of Prague. The temperature in the city center can feel 8°C warmer than outside of Prague, and it can differ greatly from street to street. Such areas that are substantially warmer than surrounding areas are called urban heat islands (UHI). Legerova Street is a prime example for this, where six lanes of asphalt and the facades of 5-story buildings absorb and trap heat, and provide almost no shade.

The heat from urban heat islands becomes particularly extreme during heat waves. With a warming planet, periods with extreme heat are becoming more frequent. Green spaces, and trees in particular, can be a natural remedy to urban heat. They provide shade and actively cool down air temperature, though also add to humidity, and even increase property value. However, trees are not equally distributed throughout cities. Low-income neighborhoods across the world often have fewer green, shaded areas and longer walking distances to find them. In the American city of Richmond, VA, people from low-income neighborhoods might have to walk over half an hour to a shaded park in a wealthier neighborhood. 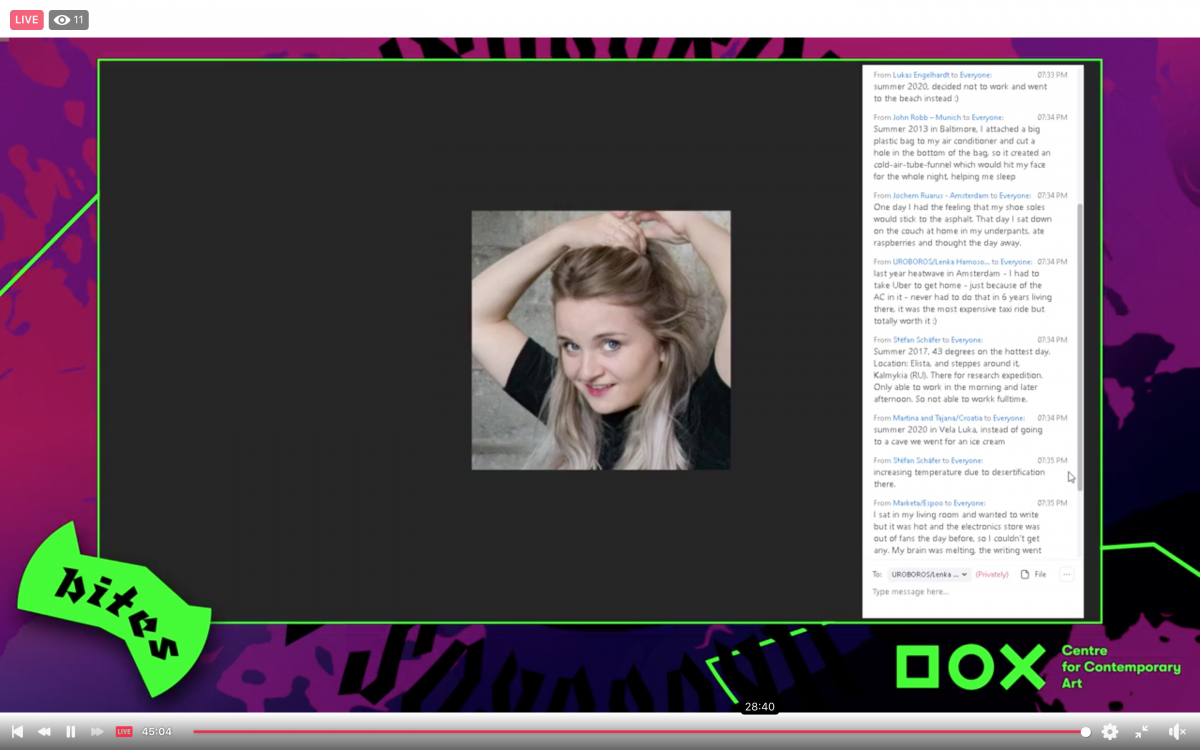 Juli Sikorska is an independent researcher, strategic & experience designer. On a quest to understand what a complex issue like the climate crisis mean for us, she takes cues from creative fields like product and critical design to generate actionable insights and identify opportunities for interventions within systemic issues. She enjoys creating products, services and stories to envision and immerse ourselves in more desirable futures. In the product design world, she has led an ethnographic research project on clean energy and microfinance, worked on an open innovation platform at the MIT Climate CoLab, and strategic design projects in investments and telecommunications for established global players and tech startups alike.

Her creative practice has led Juli from music journalism at a German public-service alternative radio to turning citizens’ feedback to the German Chancellery into visual stories, to designing out noise in cities. Her work has been exhibited at the Design Museum (UK) and South London Gallery (UK).Juli studied human-computer-interaction and environmental studies at LMU and MIT and graduated from the CDTM entrepreneurship program.